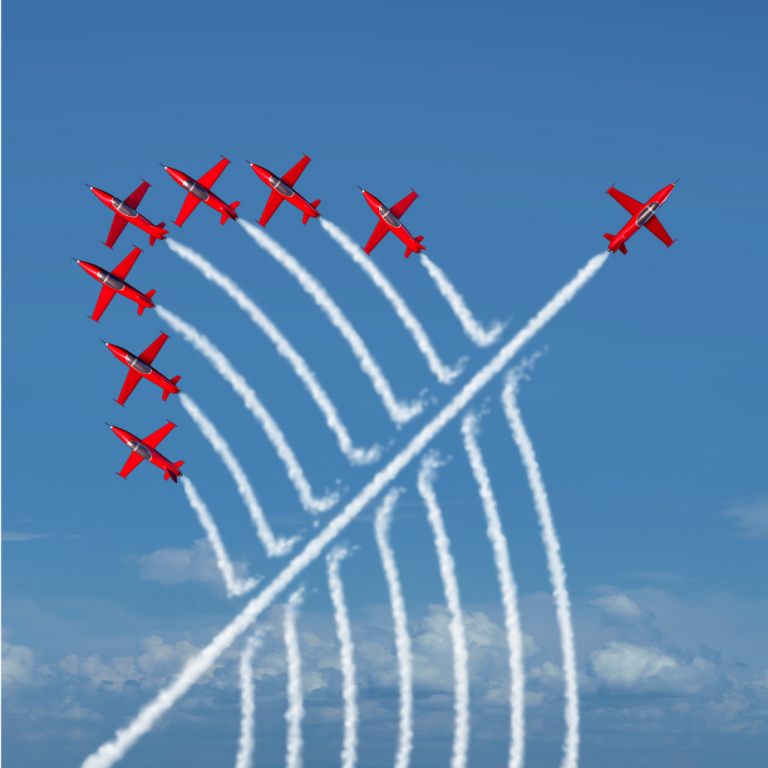 Business disruptors may not be who you think they are. They’re not the violent rioters we witnessed in recent news stories. As a concept, business disruptors have been around ever since enterprising people brought out new wares or services for barter. As a slightly different term – disruptive innovation – it’s been around since Harvard professor Clayton Christensen began using it in 1995. My take on the idea, based on Harvard Business Review’s explanation: disruption happens when a small David-style company effectively challenges and uproots an established Goliath of a business. The result? A shake-up, bringing with it what can become overwhelming change.

Disruptive businesses begin their quest of shaking things up by reaching out to the lower-end, less-profitable segment of their selected market. Once they’ve successfully mastered that market, they throw their resources into taking a low- to standard-quality product to high quality so that they can then attract and keep affluent customers.

Another form of disruption occurs when an innovative product or idea is first brought to market. Normally, no competitors exist.

How long has innovation been around?

Although the term innovation in a business context only began to be used in the 1930s, according to Emma Green's article, “Innovation, the History of a Buzzword,” (The Atlantic, June 20, 2013) innovation itself has been around since humans first used fire to cook dinner. The Bronze Age saw the introduction of metal. The printed word was made accessible when carved wooden blocks were used in China as early as the 9th century CE (CE, or Common Era, is now used to replace anno domini or AD) to produce printed materials such as books and guides. Movable type also came from China, appearing during the late 10th or early 11th century, putting the printed word into far more hands than carved wooden blocks ever could.

The Industrial Revolution began in the 1700s, bringing a multitude of inventions, changing people’s lives forever. Steam engines, cotton gins, coal-powered trains, telegraphs, typewriters, sewing machines, and light bulbs were all produced in this period. All could be considered disruptive to the market not only because they changed life for so many but also because the items themselves were novel.

Henry Ford was probably the first to use the moving assembly-line production method, resulting in automobiles affordable to a mass market. The Ford car all but replaced the horse-drawn buggy, disrupting several forms of employment while creating new ones.

How can your business survive the industry intrusion of a disruptor company?

Even if you’re not interested in establishing a disruptive business model, you still need to be vigilant to its presence. A disruptor making its way into your market segment is likely to challenge your business, upsetting its very being. Think of traditional retailers and how the successful launch of the online retailer Amazon changed the shopping habits of a good portion of the retail market forever. Countless traditional retailers were unprepared for this new way of satisfying the needs of their customers. The result? Many times they lost so much business that they ended up closing their doors for good.

There are several actions you can take to avoid being made irrelevant by a disruptor:

Who are some of today’s top disruptors?

Successful business disruptors according to CNBC’s list – innovators all – include the online educational platform Coursera; food delivery service DoorDash; healthcare marketplace GoodRx; Airbnb, which connects property owners with short-term tenants; and the commission-free stock trading fintech Robinhood. And while some may be threatened by the pandemic and all its restrictions, when each of these companies arrived on the market, it brought innovative ways of doing business that threatened to topple more traditionally operating firms.

Did you know that some disruptor firms disrupt themselves?

It often becomes necessary for a company to disrupt itself to remain competitive. Wallace Forbes, in “The Greatest Companies Are Willing To Disrupt Themselves,” argues that the innovative company Blackberry shrank quickly once it sat still in the cell phone market, being first uprooted by Apple and then by the Android. He attributes Apple, Amazon, and Google with disrupting themselves on a regular basis. Early giant HP chose to focus on cutting costs rather than bringing innovative products or processes to market. The result? A decline in its stocks. Innovation takes money and time but may well keep a business viable in today’s disruptive market.

Do you have what it takes to be a disruptor?

When I researched the idea of the disruptive personality, I was rewarded with page after page of hits about psychiatric disorders. And if by “disorder” one means the lack of order, perhaps it does take a touch of irrationality to become an effective business disruptor. After all, the disruptor must be undeterred by uncertainty and the chaos that rides along with it. They must be willing to experiment, to look beyond the way things have always been done, and develop new ways of performing. They need the ability to tolerate and even thrive upon the disapproval of those who value convention over revolution.

Do you see a new way of seeing something? Or the ability to look critically at an industry, pinpoint a problem, and the wherewithal to bring about significant innovation? Do you have a taste for risk? Are you willing to move full speed ahead into new territory, despite the chorus of voices telling you that you can’t change the way most people think or operate? Do you have the time and other resources to see your idea made flesh, even though it may involve a lengthy gestational period? If so, you have the makings of a disruptor.

So go ahead and innovate. The world needs its visionaries, perhaps now more than ever.

1 thought on “On becoming a business disruptor”