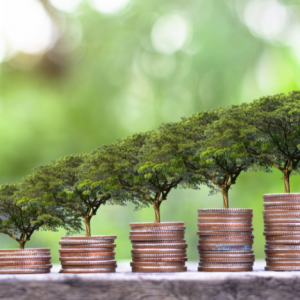 When one tugs at a single thing in nature, he finds it attached to the rest of the world. – John Muir

Some say that the term sustainability has been tossed around so much that it’s become meaningless. I don’t think so. But what is it, anyway?

The United Nations defines sustainability as “meeting the needs of the present without compromising the ability of future generations to meet their own needs.” If we’re to live by that maxim, we must pay attention to how we’re impacting the Earth, the economy, and society. We can and should live our lives to our potential while ensuring our children and descendants can pursue their dreams of a full and good life.

Sustainability is usually divided into three sectors: the environment, society, and economy. Also known as the triple bottom line, or planet, people, and profit, the modern-day use of the term considers the three groups as the essential building blocks of maintaining and even improving them. I’ll be examining all three principles in future blog posts; for now, I’ll focus on the economy.

“It’s the economy, stupid.” Such was Bill Clinton’s reminder during his 1992 run for U.S. president. The country was in a recession born in the 1980s: many savings and loan organizations went bankrupt, putting a vast number of American homeowners at risk and prompting the government to bail out the failing mortgage firms. The stock market crashed worldwide. The U.S. Federal Reserve raised interest rates. And then Iraq invaded Kuwait, shooting the price of oil upward. The U.S. fell into recession and by the summer of ’92, unemployment rose to nearly 8%.

When unemployment is low and the majority of a nation’s people have more money than they can spend, their economy is said to be doing well. But just how is the health of an economy determined?

One of the most widely used measures of a nation’s economic health is the gross domestic product (GDP), or the market value of the total goods and services produced in a country in a given timeframe. How many goods and services are exported and how many are imported are considered. Employment rates and income levels are also important, and whether wages are keeping pace with inflation. Economists also look at the nation’s debt, the housing market, and levels of investment.

Some economists also consider a nation’s economic health to include the well-being of its citizenry measured in terms of life expectancy, happiness levels, and the state of the environment.

Also important in considering a nation’s economy is how it’s set up. Four major types of economy are found worldwide:

Characteristics of a sustainable economy

A sustainable economy works to ensure that its growth meets people’s needs while leaving the environment in as good a condition as is possible. It’s inclusive and regenerative. In the Rockerfeller Foundation’s blog post “The Five Characteristics of an Inclusive Economy: Getting Beyond the Equity-Growth Dichotomy” Emily Garr Pacetti writes, “Quite simply, there are more opportunities for more people.” Garr Pacetti says the Rockefeller Foundation assigns five characteristics to an inclusive economy: “participation, equity, growth, sustainability, and stability.”

Sustainability separates into three intertwined arenas: planet, people, and profit. Profit, shorthand for the economy, is but one of those. Economic sustainability means encouraging long-term fiscal growth and maintaining high levels of equity in society while keeping the environment free from harm. In his book, “Let Us Dream: The Path to a Better Future, Pope Francis wrote,

“For me it’s clear: we must redesign the economy so that it can offer every person access to a dignified existence while protecting and regenerating the natural world.”

Sustainability is vital and urgent: we must take care of our environment, the economy, and society so that each of us today can find own well-being while ensuring that our descendants will have the means to achieve theirs.