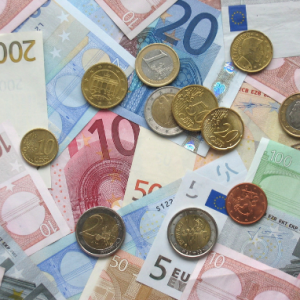 The best time to plant a tree was 20 years ago. The second-best time is now. Chinese proverb

The Swedish University of Gӓvle says economic sustainability “… means that we must use, safeguard and sustain resources (human and material) to create long-term sustainable values by optimal use, recovery and recycling.” In other words, while attending to our present-day needs, we must conserve the Earth’s limited supply of finite, natural resources so that future generations have enough resources to meet their needs.

To achieve economic sustainability, the pursuit of financial growth must not harm the environment or society. Long-term economic growth has to take place in such a way that it doesn’t deplete the Earth of its natural resources, nor does it contribute to environmental degradation. And it must also include societal considerations: it must not negatively affect people, especially stakeholders, or those directly affected by the activity.

Speaking of economic sustainability, we live in a world where:

That’s according to Niall McCarthy in the article “The Global Pyramid of Wealth" (2021 June 23) on the website Statistica. 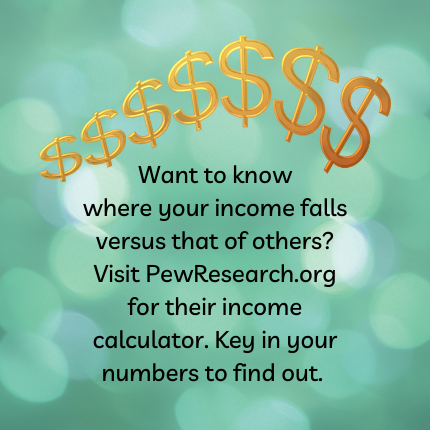 Robin Hood in reverse; or robbing from the poor to give to the rich

The economic activity of wealthy nations usually comes at the expense of poorer nations. Corporations wanting to escape taxes, minimum wages, and environmental regulations simply send their manufacturing processes to developing nations, where regulations are lax or nonexistent. And while some people — those employed by corporations overseas — may receive some economic benefit, it is often at the expense of the environment. Those employed by these corporations often end up working long hours in sometimes perilous conditions. They may not even escape poverty.

Ten percent of the world’s population, or about 736 million people, lived in extreme poverty in 2015, according to the United Nations. They scrape by on $1.90 US or less a day. They’re especially prone to climate change. They may find their land to be degraded, coastal areas flooded, and clean water fouled due to climate-changing industrial activity.

To live in poverty is to suffer from hunger, limited educational opportunities, discrimination, and lack of income and natural resources. In addition to these poverty drivers add ineffective governments, war and other types of conflict, substandard infrastructure, limited potable water supplies, and climate change and you will find a poor nation. according to ReliefWeb, the humanitarian information hub of the United Nations (UN).

“To end poverty in all its forms everywhere”

The UN places a high priority on ending poverty, so much so that it is the number one sustainable development goal (SDG). Goal 1: to “end poverty in all its forms everywhere” is ambitious, especially given the fact that some say the effects from the pandemic will bring another half billion people – 8% of the world’s population — to the ranks of the poverty-laden.

To end poverty would be to satisfy most of the UN’s SDGs, beginning with the first. Although all 17 SDGs are interrelated and not easily divided, several goals directly affect a people’s ability to escape poverty. The goals directly addressing poverty include:

Working to achieve the three prongs of sustainability

Achieving an economy that leaves out no one is one of the three factors that make up sustainability. That, along with the other two — the environment and society — must all be considered as we make our way into a new world marked by a climate crisis and all that it entails. It’s time to ensure that those with the greatest need are not taken advantage of by those holding the world’s wealth.

Today we’re living in a new world shaped in part by the pandemic and also in our playing brinkmanship with the environment, society, and the economy. Should we continue with our business-as-usual approach to living, our world will be in great danger of slipping into a state not capable of sustaining life as we know it. It’s not yet too late to take action on behalf of the Earth and other living things. Please do your share to help the Earth — and all that she supports — survive.

Kochhar, Rakesh. Are you in the global middle class? Find out with our income calculator. Pew Research Center. 2021 July 21. Retrieved 2021 August 2. https://www.pewresearch.org/fact-tank/2021/07/21/are-you-in-the-global-middle-class-find-out-with-our-income-calculator/

Nelson, Anitra and Coffee, Brian. What is ecological economics and why do we need to talk about it? The Conversation. Retrieved 15 July 2021. https://theconversation.com/what-is-ecological-economics-and-why-do-we-need-to-talk-about-it-123915

Oyeshola, Dokun. Development and Poverty: A Symbiotic Relationship and its Implication in Africa. US National Library of Medicine, National Institutes of Health. https://www.ncbi.nlm.nih.gov/pmc/articles/PMC2816510/